Mice are more than just a nuisance that can get into your food or chew up electrical wires. And while the common house mouse is much less aggressive than a rat, a mouse can still cause health risks from its droppings and saliva. 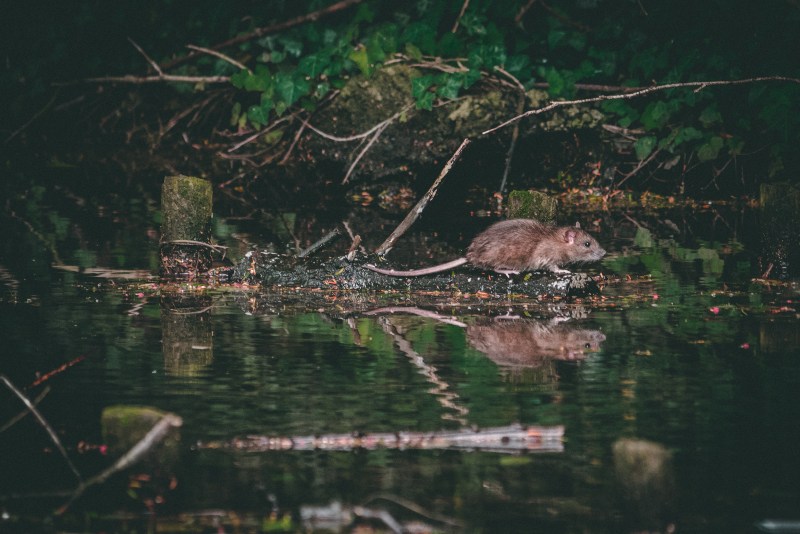 Mice are rodents, which means they can spread several of the diseases that rodents are known to carry. Keep reading to le arn about some of these diseases.

Hantavirus Pulmonary Syndrome, or HPS, is a respiratory disease tha t can sometimes be fatal. According to the CDC, the most common way for humans to contract the disease is to breathe in air contamina ted with the virus, or materials containing the virus such as urine, feces, or saliva. Hantaviruses cannot be transmitted from one human to another. HPS does not have a positively known incubation tim e, but early symptoms include fatigue, fever and muscle aches. Eventually the signs develop into coughing and severe shortness of breath.

Lymphocytic Chorio-meningitis, or LCM, is a type of viral disease. According to the CDC, approximately 5% of ho use mice in the United States carry LCM, with house mice being the primary carriers of all rodents. LCM can be contracted by exposure to fresh droppings, urine, or saliva of an infected mouse, includi ng exposure via broken skin, the eyes, nose, or mouth. Usually, a person will begin to show symptoms within a week or two. LCM most usually manifests as a neurological disease with a range of signs and symptoms including the following in the first phase:

The second phase of the disease is where things can get more serious, sometimes resulting in meningitis, encephalitis, meningoencephalitis, or acute hy drocephalus. While LCM is not usually fatal, it can cause permanent neurological damage. A mouse can carry LCM without showing signs or symptoms, not to mention the disease is historically underreport ed and under recognized, making it a true hidden danger. While humans are most likely to get the disease from house mice, it is poss ible, though less likely, to be infected from a house pet like a hamster.

Hemorrha gic Fever with Renal Syndrome is not found in either North America or South America. Therefore, you should only be concerned when traveling to Europe and Asia. Hemorrhagic Fever with Renal Syndrome, o r HFRS, is a group of illnesses caused by hantaviruses. HFRS is found all over the world, with the different viruses that cause HFRS distributed differently throughout the world. For example, Hantaan virus is most commonly found in eastern Asia, while Puumala virus is more commonly found in western Europe. Humans can contract HFRS after coming in contact with a rodent carrying any of the hantaviru ses that cause HFRS; contact can occur through aerosolized urine, droppings, or saliva as well as exposure to dust from their nests.

Like LCM, signs and symptoms can occur in phases, with the initial symptoms developing around 1 week after exposure, with rare cases occurring up to 8 weeks after exposure. These can include heada ches, back pain, fever, chills, nausea, and blurred vision; later on, someone could experience low blood pressure, vascular leakage, and acute kidney failure. The intensity of the syndrome will depend on the virus that caused it.

Signs of mice and how to avoid them

Now that you know a bit about the diseases that mice can carry and spread, you’re probably wondering what you can do to avoid mice in your own home.

Mice can fit in very small spaces, able to wriggle through holes much smaller than you’d think. That’s why it’s extra important to seal all places that a mouse might be able to enter your home from. This includes gaps between doors and the floor, holes in floorboards, holes in window screens, or gaps around piping. The size of the gap should help determine what type of filler to use. For example, for smaller holes inside your home, you may want to consider using caulk while holes outside may need a more permanent fix.

Mice will seek out and return to places that offered them sources of food. Keep food in sealed air-tight containers. Mice also have a very strong sense of smell, so in addition to keeping new and usable food sealed tightly, you should clean up crumbs, messes, and dirty dishes right away.

In addition to taking preventative measures, it’s important to know the common signs o f mouse infestation, so you can call a professional. Some common signs of mice include:

If you see a mouse or find signs that you might be dealing with mice, immediately contact Terminix. A Terminix pest professional will be able to help you deal with a mouse problem in your home.