Everything to Know About Codling Moth: an Apple Pest

Plenty of pests would gladly take any chance they could get to feed on fruit. Fruit flies are perhaps the most well-known—with their diet of choice in their name. You may have even seen them buzzing around if you’ve left bananas out on the counter for a few days. But there are plenty of other fruit-loving bugs, including the codling moth. The codling moth is known for feeding not just on the surface of apples—but also within. The good news is, most of their feeding occurs in the orchard, not in your kitchen. Keep reading to learn more about this potentially damaging moth. 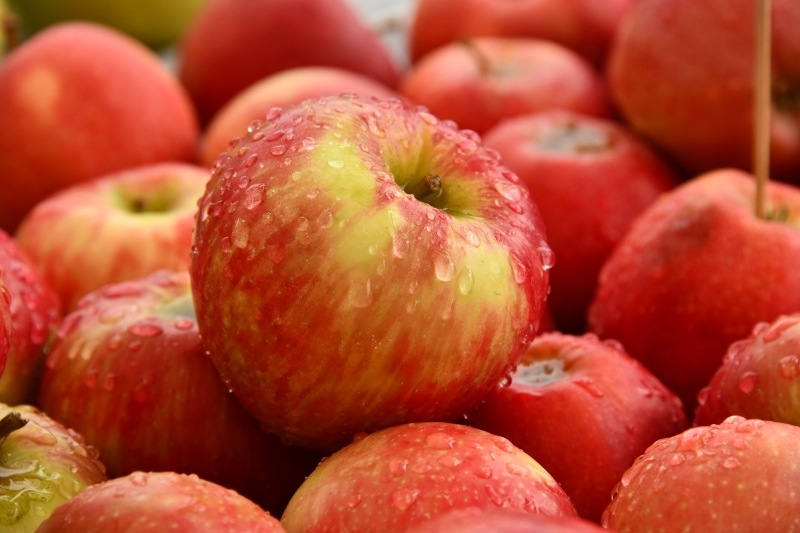 Before we go into more detail about how and why codling moths eat the inside of apples, let’s look at how you can identify these moths compared to others. Codling moths can be found all over the world, wherever apples are grown. Below are the physical characteristics to look out for that can help you identify the codling moth:

As we mentioned earlier, codling moths larvae are apple pests although they also attack other fruit such as pears. When they feed on apples and other fruit, they’ll then render that apple inedible because of the damage they cause. In fact,

You can usually spot codling moth apple damage from noticeable holes on the outside of the apple that burrow deep within. These are considered to be deep entries. When a larva only makes it a short distance beneath the apple skin before dying, this is called a sting. And sometimes, larvae may leave droppings—also known as frass—at the point of their entry. If the larvae enter through the calyx end of the apple, or the hole at the bottom of the apple opposite of the stem, it may be difficult to spot the damage until the apple is cut open.

Depending on the location, codling moths can have between two to four generations in one year. In the spring, after emerging from overwintering sites, females will lay up to 100 eggs on still developing apples. When the eggs hatch, larvae emerge and will immediately begin feeding on the apple’s exterior. Eventually, the larvae will chew through the apple skin and begin to burrow within the apple itself.

After eating seeds at the core of the apple, the codling moth larvae will exit the apple and fall to the ground. From there, they’ll crawl to a place to spin a cocoon. Some larvae will emerge within a couple of weeks, while the others will continue to mature and will overwinter within their cocoons.

While codling moths can cause extensive and costly damage to apple orchards, they can be managed with careful treatment. The University of California offers several methods of integrated pest management for dealing with codling moths, which includes a combination of insecticide, biological and cultural control methods. As Penn State extension details, you can use traps to monitor the presence of codling moths in an orchard and to help inform when it may be necessary to administer insecticide.