From wildlife that dwells in the Everglades to pests that sneak into your home, Florida is one state with no shortage of pesky pests. One common Florida bug that can be quite the nuisance is the blister beetle. Keep reading to learn more about this particular insect. 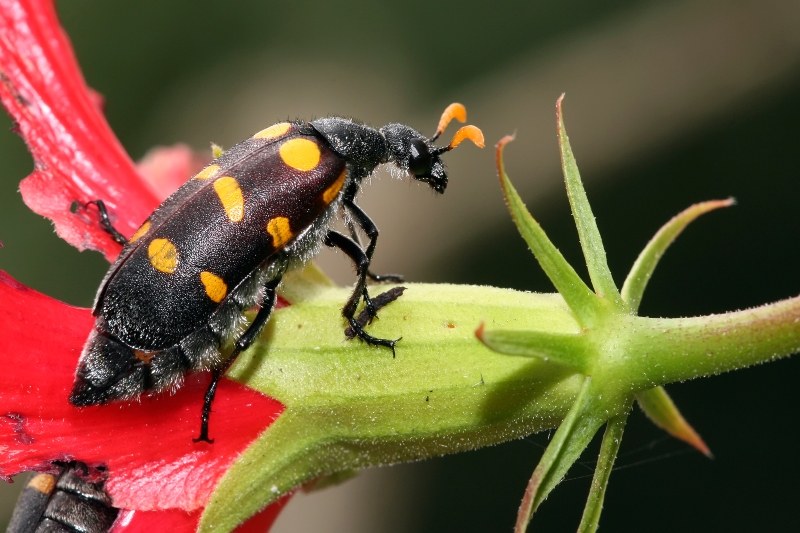 Where does the blister beetle get its name?

The blister beetle belongs to the Meloidae family of insects. There are roughly 2,500 different species of insects within this family, with 26 different species found in Florida. These insects are known to contain the chemical cantharidin, which can cause y our skin to blister—hence the common name blister beetle. This can happen if a blister beetle is accidentally crushed against your skin. One fun fact about cantharidin? It is actually used medic ally to help remove warts or other skin lesions, because it is a strong enough skin irritant to do so. The long and short of it: t he blister beetle gets its name from its ability to cause blisters.

Blister beetles are fairly small, measuring around half an inch long on average. The color and mar kings on blister beetles can vary quite greatly. For example, some blister beetle species can be very brightly colored. Unlike other beetles that rely on camouflage, the blister beetle does not need to. That’s because of its ability to secrete cantharidin, which makes it a less appetizing meal option to many that might prey on it. Blister beetles may be metallic green or blue, and often have bands on their wing coverings. The iron cross blister beetle has a particularly striking appearance, with a mix of bright orange, yellow, and black. Many species in Florida are quite dark, such as the black blister beetle, which is completely black.

There is one prominent physical characteristic that all blister beetles have in common—and that can help you in identifying and recognizing them: their narrow neck This is not the kind of neck we think about in the traditional sense, but instead it is actually the beetle’s thorax. It is narrower than both the beetle’s head and abdomen, giving the beetle the appearance of having a very thin neck.

Are blister beetles pests, and how do you manage them?

Blister beetles can sometimes be welcome around your home and yard due to the larvae’s appetite for grasshopper eggs. In fact, blister beetles have been known to be prominent in arid regions where grasshoppers are also in abundance.. However, they can become harmful—especially as adults. If adults are abundant, they may do a significant amount of damage tocrops. This kind of damage can be more than a nuisance—it can also be extremely costly. Blister beetles are known to cause damage through defoliation (eating of the leaves) to a variety of crops including alfalfa, potatoes, beets, tomatoes, and others.

And even if you don’t have crops, you might still not want these beetles in your yard because adults are known to eat flowering plants—and you never want to see insects eating away at the plants you carefully tend. They’ll also eat leaves. Overall, blister beetles can be quite the pesky pests.

Next > Why Your Garden Won't Grow