About the last word any property owner wants to hear is “termites.” Silently and stealthily, these tiny creatures can cooperate in large numbers to eat away at the framework and foundation of our homes, causing billions of dollars in damage and treatment costs each year in the United States. Worse, completely eradicating termites can be a huge undertaking. 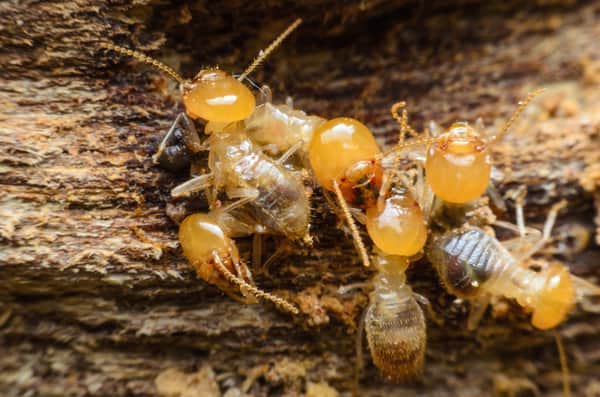 The first step to dealing with termites, of course, is to get to know them inside and out. That's why we’ve prepared a brief quiz to help you get t o know the different termite types, their characteristics and their habits. Let's get started!

1. Approximately how many individual termite species have scientists identified?

Answer: C - Worldwide, approximately 2,000 species of termites are hard at work in their colonies .

How long are termites believed to have been around?

B. An estimated 200 million years

C.  Ever since the dinosaurs went extinct

Answer: B - It’s believed that the earliest termite ancestors first appeared on Earth about 200 million years ago.

3. How do termites find a new place to colonize?

A. The colony sends out swarmers who seek out a new location

B. The colony queen explores by herself to find a new location

Answer: A - Once it reaches a certain age, a termite colony releases winged swarmers to locate the site of a new colony. Since they look like flying ants, property owners can make the mistake of overlooking the threat they pose. Once termite swarmers leave the original nest, they never return.

4. How can you tell the difference between flying termites and flying ants?

A. Termite wings are all the same size and twice as long as their body, while the front wings of ants are larger than the back wings

B. While the antennae of ants have a bent, elbow-like shape, termite antennae do not

C. Ants appear segmented because of their narrow waist. Termites have a broad-waisted appearance

D. All of the above

Answer: D - It can be difficult to tell if you have termites or ants, but these differences in appearance can help you distinguish one from the other.

B. A term entomologists use to describe dead termites

C. A common plant that can act as a natural termite repellant

Answer: A - Termites eat wood, meaning they digest it. Whatever they cannot digest gets passed through their system and emerges in the form of tiny, hexagonal wood-like pellets. If you find frass in or around your home, it may be a sign of a drywood or dampwood infestation.

6. How many termites can be in a single subterranean termite colony?

Answer: B - Typically, subterranean termite colonies contain 60,000 to 1 million soldiers, workers and reproductives — but only one queen.

7. When do termite colonies eat?

A. They are nocturnal creatures and eat only after dark

B. They forage during the day

Answer: C - Whether they belong to drywood, dampwood or subterranean species, the members of a termite colony eat non-stop.

8. Of the three basic types of termites, which causes the most structural damage?