Dr. Michael F. Potter is one of the busiest and most highly respected entomologists in America. 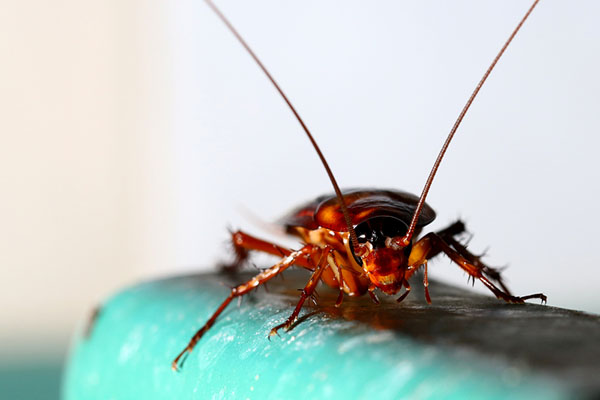 Solid science is the key to effective pest control, and entomologists — the scientists who study insects — know that better than anyone. Dr. Michael F. Potter is one of the busiest and most highly respected entomologists in America. He's worked as an “urban entomologist" for 25 years, and his job is to understand how and why common pests have established close relationships with human beings.

Through his work with the University of Kentucky’s extension program, Dr. Potter has provided invaluable consultation services to the pest control industry. He’s the expert the experts turn to, and he has been sought out by major news organizations such as NPR, The New York Times and Time magazine as a source. Dr. Potter has also helped countless individual homeowners and consumers with practical, commonsense advice on how to protect themselves and their property from nuisance insects.

For his work in developing practical pest control applications and educating the general public, Dr. Potter has been named one of the "25 Most Influential People In The Industry” by Pest Control Technology and was inducted into Pest Management Professional magazine’s Hall of Fame in 2012.

So what does Dr. Potter recommend when it comes to controlling common household bugs?

How to Prevent Cockroaches

Along with sanitation, Dr. Potter’s research supports the effectiveness of boric acid as a DIY method of preventing and controlling cockroaches. Boric acid is an odorless white powder that can kill cockroaches exposed to it, but which is relatively non-toxic to human beings and most pets.

According to Dr. Potter, boric acid is "one of the most effective methods of cockroach control." However, most people don't correctly use it. The key to successfully controlling cockroaches with boric acid, according to Potter, lies in the method of application. Be sure to spread the boric acid wherever you’ve seen cockroaches active, and in kitchen and bathroom areas where cockroaches are likely to hide.

Dust the boric acid, don't dump it — cockroaches are clever enough to avoid large accumulations of boric acid. Instead, you want these pests to walk through the toxic substance without even knowing it’s there.

According to Dr. Potter, successful use of termite bait stations requires "thoughtful installation and diligent monitoring by by an experienced technician, backed by a responsible pest control firm." So, be observant and, at the first sight of swarmers, mud tubes or frass, be proactive about getting on top of termite control.

How to Avoid Bed Bugs

Once thought to have been virtually eradicated in the developed world, this blood-sucking pest has come back with a vengeance in the past decade or so. Dr. Potter says that if you're staying in a hotel and you're worried about bed bugs, remove the sheets from the bed and check the seams of the mattress for any dark spots (bed bug droppings) or bugs themselves.

Don’t treat potentially infested clothing or bedding with pesticides. Instead, simply toss them in the dryer and run it on high (or at a temperature greater than 120º F) for at least 20 minutes.

Finally, despite the discomfort and toll they can take on an individual's emotional health, Dr. Potter concludes that bed bugs are not known be carriers of disease nor is it likely for them to spread any pathogens they may carry to humans.