Pests Facts: The Difference Between Poisonous and Venomous

We’ve all heard the terms "poisonous" and "venomous" when referring to animals that humans normally want to avoid, like spiders, snakes and jellyfish. While poisonous and venomous are often used interchangeably, these two words are actually very different. Poison and venom are both toxicants animals use to stay alive, but they contrast in how they are delivered. 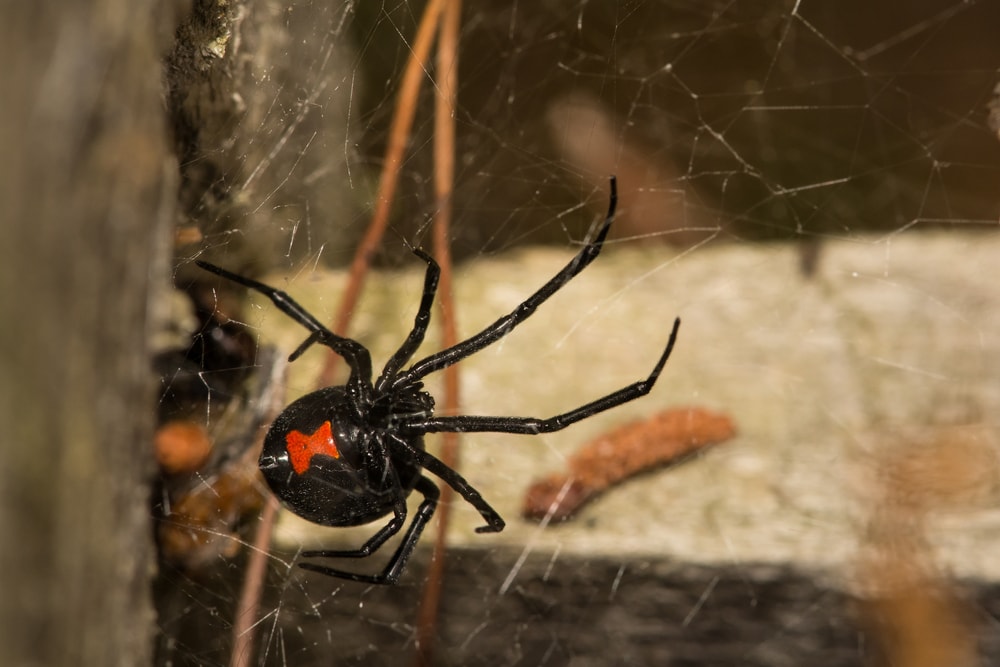 By: Tanner Felbinger, Entomology and Nematology Major, University of Florida

We’ve all heard the terms "poisonous" and "venomous" when referring to animals that humans normally want to avoid, like spiders, snakes and jellyfish. While poisonous and venomous are often used interchangeably, these two words are actually very different. Poison and venom are both toxicants animals use to stay alive, but they contrast in how they are delivered.

By definition, poisonous means harmful or deadly if absorbed by the body. This can only occur through ingestion, inhalation or dermal contact and is usually passively delivered by the animal. Examples of poisonous organisms are poison dart frogs and the monarch caterpillar/butterfly.

Venom, on the other hand, causes harm or death from injection into the body. Animals can use barbs (spines), stingers and fangs to accomplish this. Most venomous animals are predators, including the box jellyfish, brown recluse spider and most wasps.

The main difference between absorption and injection of toxins depends on the way it enters the body. Most poisonous animals are preyed upon and utilize chemicals to protect themselves.

A poisonous organism typically uses a passive defense mechanism, like toxic secretions from the skin, to defend itself. In the case of the monarch butterfly, bright orange and black coloration warns predators of its deadly capability. If a predator attempts to eat the insect, it will likely have an unpleasant reaction and learn not to snack on that type of butterfly again.

The word venomous strictly refers to toxins injected into the body. Some snakes, spiders and scorpions utilize venoms to kill and sedate prey. In addition, they can lash out when they feel threatened. Compared to submissively deterring predators, venomous animals aren’t shy when fighting for their life.

Although most peoples’ archetype of a venomous animal is a snake, the insect kingdom actually contains more venomous animals. For example, the majority of ants possess venom that they utilize to either sedate prey or defend their colony. Other uncommon, though venomous, bugs are centipedes, kissing bugs and the puss caterpillar. It’s important to note though that a human’s reaction to venom depends on that person’s body chemistry.

Can I Tell if Something is Poisonous/Venomous?

In general, unless you know previously that an animal is poisonous or venomous, there aren’t any visual diagnostic features that give them away. Many poisonous animals have bright patterns or bodies that alert predators before they attack. However, this general concept does not apply to every poisonous animal. It’s normally best to stay on the safe side and avoid handling unknown animals that could potentially harm you.

How Do I Know if I’ve Been Exposed to Poison or Venom?

Depending on the type of poison or venom as well as an individual’s body chemistry, many people will react differently if they have been exposed to a toxin. The Mayo Clinic describes common symptoms of poisoning as vomiting, dizziness and difficulty breathing. Oftentimes with envenomation, people will know immediately if they have been bitten or stung due to possible localized swelling, redness and pain.

Spiders are among the more common venomous animals that could come into contact with humans. While most spiders use venom to kill or sedate their prey, only a handful of spiders can actually pose a serious threat to humans. Black widows and brown recluses are common spiders found in the US. These spiders prefer to make their webs away from human influence and are unlikely to bite unless disturbed. Symptoms of a black widow spider bite are pain, serious cramping and sweating.

According to the 2015 AAPCC NPDS Annual Report, only two percent of calls to the poison control center were due to animal exposures. If you begin to notice signs of poisoning, the likelihood of it being animal related is extremely low. No matter the cause, see your health care professional immediately if you or someone you know develops symptoms of poison or venom.

Next > Venomous Spider Bites in the United States

Tanner Felbinger is a current sophomore at the University of Florida. She’s an Entomology & Nematology major with a minor in Sustainability and plans to attend grad school for Entomology after she completes her undergraduate degree. At school, Tanner is involved in the Entomology Club, teaches group fitness classes at the campus gyms, and is an ambassador for the College of Agricultural and Life Sciences. She is an undergraduate research assistant in Dr. Phil Koehler’s Urban Entomology lab and focuses on control methods for bed bugs. When she’s not in class, Tanner enjoys being outdoors, listening to music, and practicing yoga.