Mayfly Life: Where They Live, and How Long

Come May each year, a special insect emerges near some of our lakes. And while you may be familiar with swarms of these summer insects, called mayflies, how much do you know about where they thrive and how long they live? Mayfly life cycles are fascinating to many—but the adult stage is fleeting. We’ll delve into when, where, and for how long you can expect to see adult mayflies in the summer. 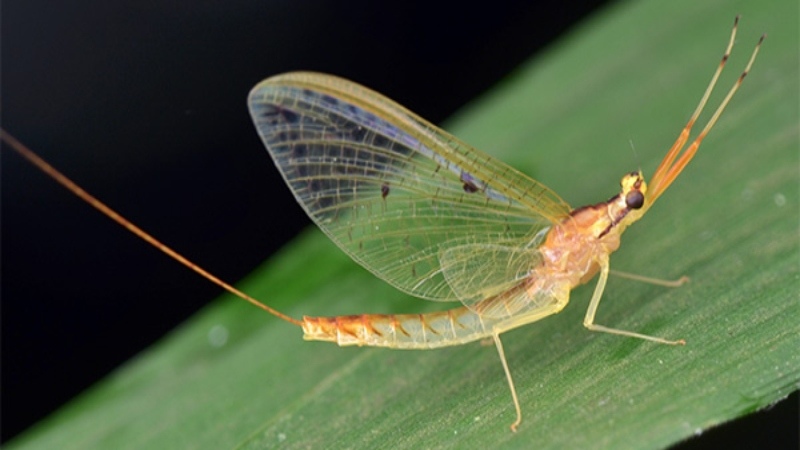 Why are mayflies unique?

The annual mayfly hatch doesn’t just indicate that summer’s approaching—according to Michigan State University (“MSU”) Extension, mayflies confirm the quality of the water in which they hatch.

“[Mayflies] are rarely found in degraded bodies of water because their external gills in the nymph stage are very vulnerable to silting and pollution. Mayflies are, therefore, used as an indicator species when testing for environmental quality,” the Michigan State University research found.

Mayflies may be seen in large groups due to the synchronous emergence. Also known as “fishflies,” their swarms - which are common near clean bodies of water such as lakes and rivers - are so large they can sometimes be seen on Doppler radar. In the summer of 2019, Ohio residents saw swarms of mayflies everywhere due to their proximity to Lake Erie.

What is the mayfly life cycle?

When is mayfly season and what areas do they frequent?

The emergence of adult mayflies can vary based on location. According to Michigan State University Extension, emergence in Southern Michigan occurs in June or July.

Despite their name, adult mayflies frequent the skies near clean water in late spring or early summer. So, while you may wish to steer clear of insects while enjoying the summer sun, keep in mind that seeing mayflies near a body of water is a sign of healthy water.

Next > The Lifespans of Insects With Short Lives