The History of Mouse Traps

Scratching in your walls. Squeaking heard throughout the day. The smell of urine and feces emanating throughout your home. These are just a few of the signs that your home is hosting a mouse infestation. When these pests infest your home, using a mousetrap is one of the best ways to help get rid of mice. This device is frequently used to reduce mouse infestations in apartments, homes, and commercial buildings. But where did this iconic device come from? 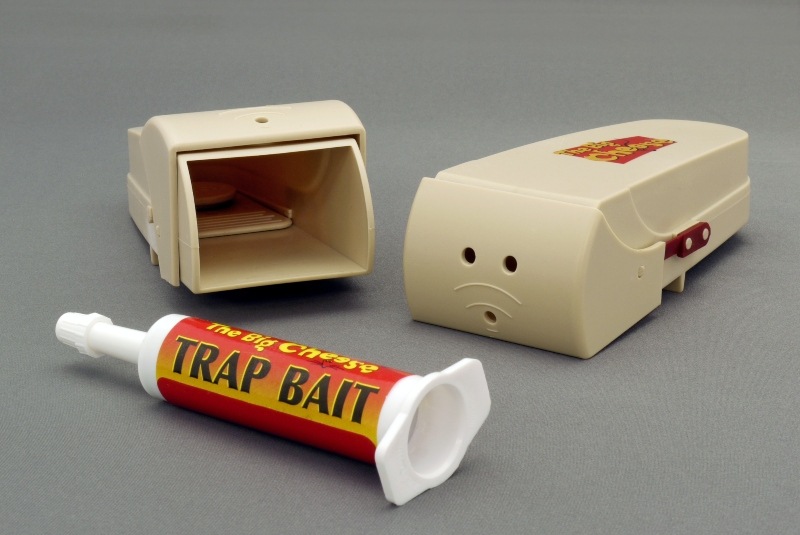 Unlike many other inventions that have come and gone, what is believed to be the world’s first mousetrap is still one of the most widely-used traps today. Meet: The Little Nipper. While you may not recognize its name, you’ll surely recognize its classic flat, wooden, spring-loaded design. The Little Nipper was invented in 1897 by James Henry Atkinson, a British ironmonger who used his expertise to design the trap’s iconic snapping mechanism.

Though its design is relatively simplistic–it uses just a wooden board, a small spring, and a metal pedal–it can snap shut within less than a tenth of a second after being activated. The trap was officially patented in 1903 and it became such a success that Atkinson sold the patent to Procter in 1920 for 1000 British pounds. Coincidentally, two similar traps were patented by two different Americans prior to Atkinson’s patent: one by William C. Hooker of Illinois, and one by John Mast of Pennsylvania, though Atkinson is frequently credited with inventing the first mousetrap.

According to David C. Drummond from the UK Ministry of Agriculture, the creation of the first live mousetrap is believed to have taken place as early as 1930, when Rupert Merkl of New York patented his “Rodent Trap.” . Though this trap was initially made of a wooden box, Merkl later filed a patent for a new design made of metal. Both versions of Merkl’s live-capture mousetrap used two doors to lure in and capture various types and sizes of rodents. Once inside, the rodents were unable to escape, and it would be up to the trapper to monitor the trap for any new captures. This version of the mousetrap is believed to be the origin of the widely-used Havahart trap.

Several decades later, a new type of live trap was invented. When Austin Kness, an elementary school janitor, noticed that rats and mice were taking over his school’s cafeteria, he crafted a new, box-based mousetrap. Meant to be placed along cracks and holes in walls where rodents frequently hide, the trap was notable for its ability to catch and hold several mice at one time as they crawled into the box. Once there, a paddle-like mechanism would strike them into the box’s internal cage, where they would remain alive. This invention became known as the Ketch-All Multiple-Catch Mousetrap, and is still in use today.

The next big event in the history of mousetraps was the invention of the glue trap. While some believe the JT Eaton Company patented the design for the first modern glue trap in 1980, Drummond suggests that many different versions of the glue trap were being sold in the U.S. for decades prior to the JT Eaton Company’s design. In these early versions, only the glue was available to purchase to spread out on the buyer’s choice of material. Today, glue traps are readily available and are made of thin sheets of cardboard, fiberboard, or plastic that are covered in a sticky adhesive. The boards lay flat against floors and counters, so when mice travel over them, the rodents’ paws get stuck in the adhesive material and the rodents can’t escape.

While each of these types of mousetraps come with their own advantages, they each come with their own cons, too. Glue traps, while inexpensive, are considered to be inhumane by some because they can leave the rodent to suffocate or suffer a long, uncomfortable death from starvation. And as the CDC notes, glue traps can scare mice and cause them to urinate, which can introduce germs and diseases into your home. Live-capture mousetraps, like the Ketch-All Mousetrap, are considerably more humane than glue traps, though they can get expensive and are not always effective at luring mice in. Additionally, homeowners that utilize live-capture mousetraps are often responsible for releasing the mice in a forested area, ideally far away from any homes or structures. This can become a major nuisance for homeowners facing a serious rodent infestation. While snap traps are often considered to be the most humane option, because they kill the mouse on impact, they can be dangerous to have around kids or pets.

Ultimately, the best way to control a rodent problem is by hiring a professional. A professional technician, like our team of service technicians at Terminix, will search through and inspect your home to spot any lingering rodents hiding out in hard-to-see places. Then, the technician will provide a customized plan that utilizes a variety of traps and baits to help remove rodents from your home. The benefit of hiring a professional service technician is that if the rodent infestation ever reappears, the technicians will return to your home, too, to help eradicate the problem.