The European Starling: Facts and Photos

The common starling earned the name "European starling" from its geographic origin. It was introduced to North America in 1890 by European settlers due to the perception that the species would help control insects. Today, there are approximately 150-200 million European starlings in North America, and the bird is known as one of the world’s worst invaders, according to the Invasive Species Specialist Group. The population is so big that only one other bird species (red winged blackbirds) out-numbers it in the United States. 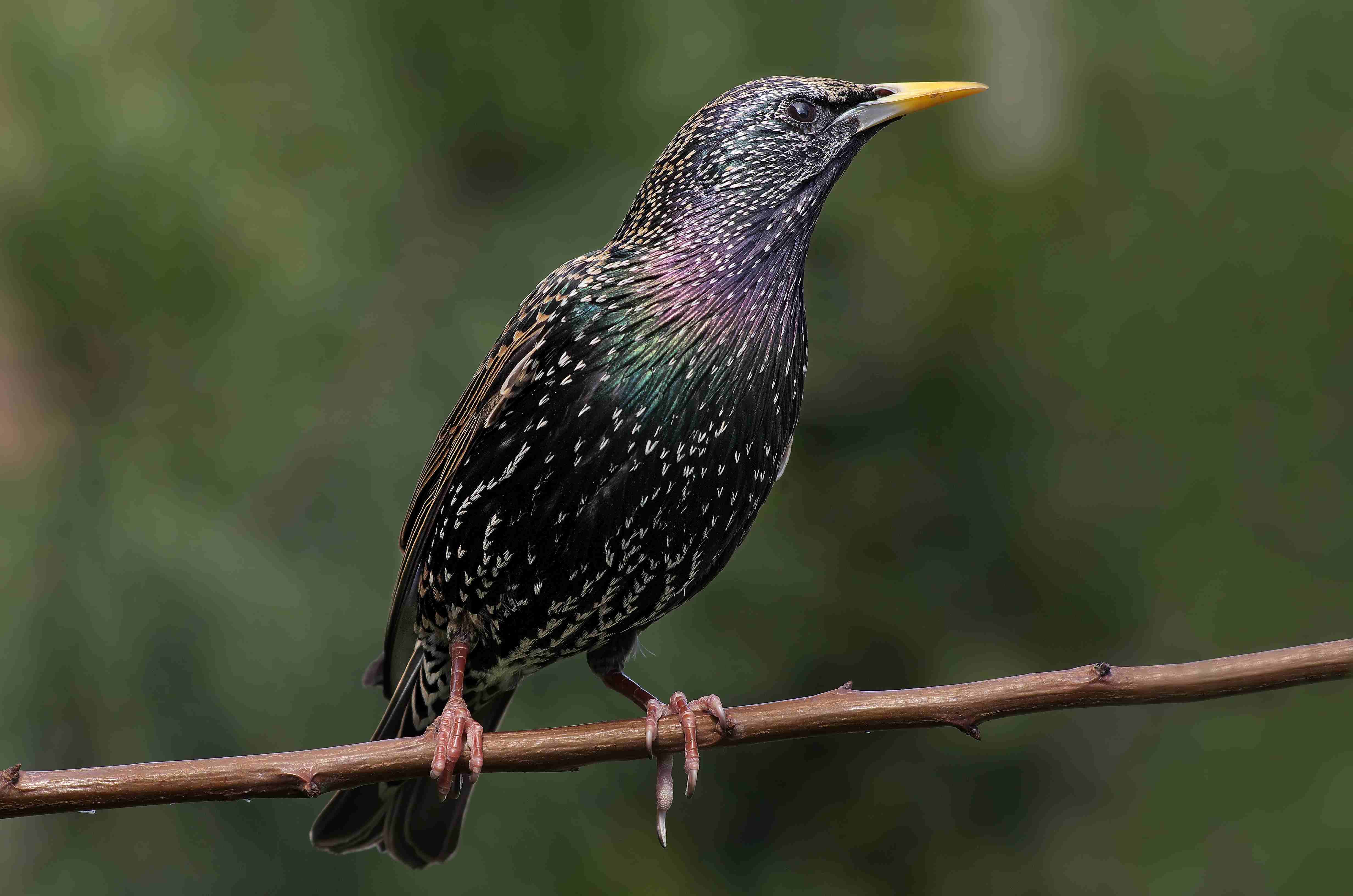 Starlings are black birds with pointed and triangular-shaped wings; short, squared tails; and reddish legs. They are eight to nine inches in length and have a wingspan of 12 to 16 inches. During the summer months (breeding season), their feathers may appear green or purple while their bills are yellow. During the winter, starling feathers are spotted with white, and their bills are dark brown or black. Male and female starlings look similar, and their young are a shade of gray-brown.

European starlings are social birds and often congregate in large, multi-species flocks to feed and roost. Sometimes their flocks can number in the thousands. With populations that large, it is easy to see how common starlings can quickly take over your property or any place they land.

Starlings are opportunists and are highly adaptable to the environment around them. Starlings are often found at livestock facilities, agricultural fields and garbage dumps where potential food sources are easily accessible. Starlings are also very common in large cities. Large flocks of starlings can damage areas by contaminating property with their droppings. A starling's diet is broad and depends on the season. They will eat insects, fruits, seeds, livestock rations and discarded food. Bird feeders are often frequented by starlings, and these birds will compete with other native birds for feeding and nesting space.

Once European starlings have settled at a feeding site, it is difficult to get rid of them. The following has been recommended to help manage unwanted starling populations:

Starlings are generally a nuisance to have on your property, especially when large flocks are present. They are loud and destructive, and their aggressive nature can scare off other native birds. In addition, they may carry parasites such as mites and bacterial and other pathogens that can be public health issues. Trying to get rid of starlings on your own can be difficult. Instead, consider contacting experienced wildlife technicians that can help assess and mitigate the issue. Contact Terminix® to schedule a FREE inspection.