Do Bees Still Make Honey During the Winter?

The phrase "busy as a bee" makes much more sense when you understand how tirelessly these fascinating and beneficial insects work. For example, it requires the labor of over 550 bees to produce just one pound of honey. 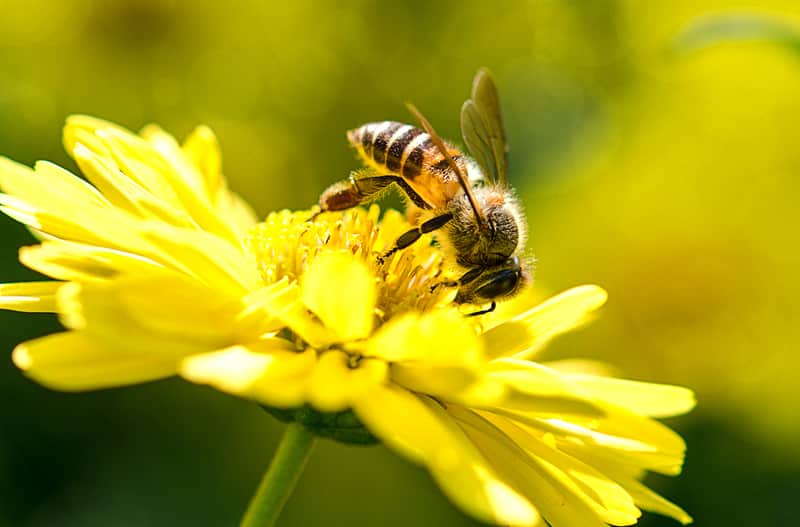 Generally, honey bees do not make honey during the winter. But it really depends on which part of the country you’re living in.

Bees require the nectar produced by flowers to make honey, which is a primary source of food for the overwintering colony. Honey bees don’t forage in the winter when the plants are not producing nectar and pollen. In warm weather (spring and summer), foraging worker honey bees collect nectar from flowers within a four-mile radius of their hive.

Unlike wasps and bumblebees, honey bees live year-round. That means that a good deal of the honey bee's spring and summer activities are actually undertaken to ensure that the colony survives the next winter.

How Do Honey Bees Survive The Winter?

All through summer and early fall, worker bees collect nectar. This nectar provides the protein needed to rear the colony's young bees, or brood — its eggs, larvae and pupae. In the winter, the honey bee queen adjusts the rate of brood rearing according to the amount of nectar available. The queen(s) will stop reproducing when they don’t have enough nectar.

When temperatures drop, the worker bees form a thermoregulating cluster. This is a tight ball the bees form within their hive in order to stay warm. In this cluster, worker bees vibrate their flight muscles to generate heat, allowing the workers and queen bee to survive the winter. This also helps with brood rearing, as broods best develop in a temperature of 94 degrees Fahrenheit.

What Happens to Bee Hives In The Winter?

By late summer, honey bees have protected the brood in the hive beneath insulating layers of honey, pollen and a honey-pollen mixture. In the fall, when less pollen and nectar are being harvested, brood rearing ceases. The colony's population then begins to gradually decline.

As winter approaches, the colony turns its energy to ensuring that the brood survives. As food becomes scarce, worker bees drag the drones (males) out of the hive and prevent them from returning. These expelled drones eventually starve. Whatever food remains in the colony is divided among the worker bees, the queen and her brood.

As winter drags on, the bees in the thermoregulating cluster migrate through the hive to gain access to stored honey and pollen. Most of the time, bees confine themselves to the deep interior of their hives. As outdoor temperatures warm, the bees move upward and outward, toward the surface of the hive, consuming their food stores as they go.

Just because a bee colony appears to be idle in the winter does not mean it is. As always, approach any bee hive with caution. Bees are most likely to sting if they feel threatened. Winter, spring, summer or fall, if a colony of bees has established itself in or around your home, don’t try to remove them yourself. Try to contact a beekeeper instead. If you find that bees are in your home, contact Terminix and we'll help you find a solution to remove them.