Did you know that there are more than 350,000 known species of beetles on the planet? In the U.S. alone, there are over 30,000 species, all of which have widely different eating, hunting, and reproductive habits. One species, in particular, has a distinctly unique way of finding and preparing their food. 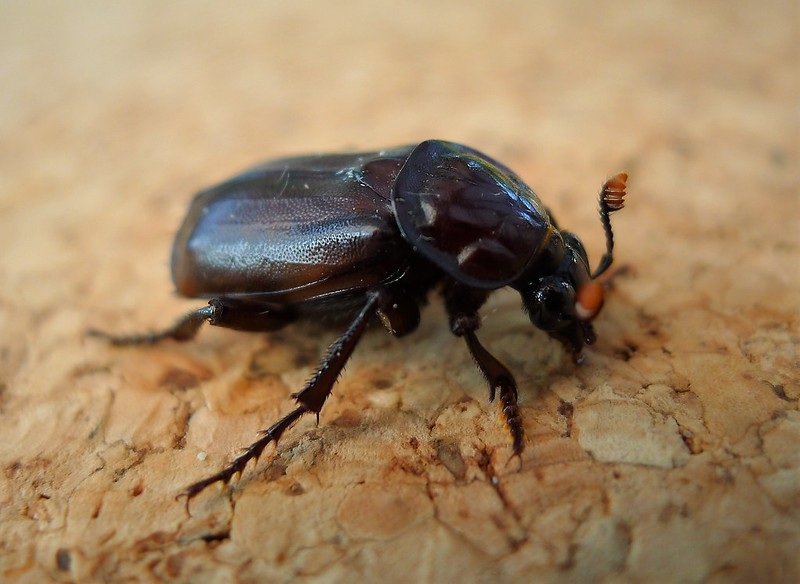 What are Burying Beetles?

Burying beetles may also be called carrion beetles because they belong to a group of beetles which primarily eat dead animals and carcasses. Though these beetles were once found in most areas of the United States and parts of Canada just over a century ago, agricultural farming has made them endangered. In 1997, burying beetles were typically only found in six states located in the Midwestern United States, as well as small areas of Rhode Island. Farmlands that were once hotbeds for ideal burying beetle food have since become overdevelope d, which has resulted in fewer prey living in these areas.

These insects prefer heavily wooded or grassy areas where dead animals are more likely to be found. Burying beetles are most active at night and when the temperature is at least 60 degrees Fahrenheit or higher. This makes warm summer nights the most common reproductive season for these insects.

Burying beetles can be ea sily identified by their appearance. Their large, black bodies are often spotted with bright orange splotches and they are capable of growing to abo ut one and a half inches long in length. These insects also have bright reddish-orange tips on their antennae, which they use to smell and sense nearby prey.

When they’re ready to eat, burying beetles seek out decaying vegetation and carrion. Their food source can range from small rodents t o large birds, and these insects are capable of detecting a fresh carcass as quickly as one hour after the animal dies. If the dead animal is small, burying beetles will keep it for themselves to have as a meal. But when a large animal dies, they must use their burying capabilities to preserve the body underground.

Even though these insects are dwarfed in comparison to their food source, they use their long, brush-like claws to burrow deep and push out dirt and soil from underneath the body. Once it has been properly buried and is within the burying beetles’ “nesting chamber,” the bu rying beetles will begin to remove all hair, skin, and feathers from the animal’s body. They then coat the body in a variety of fluids that helps preserve the body.

Next, it’s time for the m ale and female burying beetles to mate. Once the female lays her eggs near the nesting chamber, it can take just four days for these eggs to hatch. Burying beetle larvae can quickly enter their pupal stage, thanks to the dead meat that is left by their parents. The entire larval stage of a young burying beetle typically lasts less than two weeks and these insects feed on the animal carcass until t hey reach adulthood, which takes approximately two months. Then, it is their time to leave the nesting chamber, find a new carcass, and begin the process of mating to start the next generation. Most females are capable of laying hundreds of eggs in their lifetime, and each burying beetle that reaches adulthood typically lives about 12 months.

Though this feeding habit may seem like some thing out of a horror movie, burying beetles are beneficial and can be thanked for reducing the number of decaying animal carcasses we have laying in our backyards, parks, and other outdoor areas.

Some burying beetles have a symbiotic relationship with mites. Burying beetles act as a form of transportation for the mites. The mites help eat fly e ggs and larvae, “maggots,” and other microbes found on the animal carcasses. The mites may also eat burying beetle eggs and therefore decrease the beetles survival.

You may have heard that some mites can transmit disease pathogens. While there may not be research regarding the specific mites associated with burying beetles you are not likely to come across the mites or the beetles. As m entioned previously, burying beetles are endangered and have a very small range. If you do come across one they are not likely to interact or bite you.

Unless you live on farmland in states like Texas, Oklahoma, Nebraska, or Arkansas, it’s unlikely you’ll ever encounter a burying beetle. These endangered insects are essential to our ecosystems and should not be harmed or disturbed. If yo u see one, take a photo, note the location, and submit to your local University or extension office.