Most people prefer to keep their distance when it comes to insects, spiders and other creepy-crawly creatures. But not everyone. In many parts of the world, people keep pet bugs as routinely as we Americans keep dogs and cats. 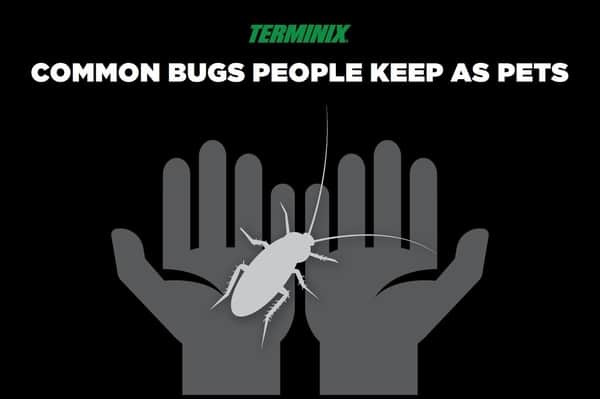 There are many reasons why someone might keep a pet insect. For one thing, bugs are in plentiful supply and are easy to find. They don’t require a lot of care — except for feeding — and take up relatively little space. Most importantly, some people find insects fascinating and take pleasure in spending time up close and personal with species they find both strange and beautiful.

While the list of possible pet insects is almost limitless, here are some of the more common bugs kept as companion animals.

This charismatic insect is most identifiable by its long, bent forelegs, hence its name. Mantises are expert ambush predators that eat other insects. Feeding is easy, but not necessarily easy to watch, as mantises prefer live prey.

Often mistaken for mantises, these long, graceful insects can amaze with their ability to camouflage themselves.

Many may be repulsed by the thought of a pet cockroach, yet out of the 4,500 species of cockroaches, only about five are household pests. Roach enthusiasts particularly recommend the Madagascar hissing cockroach as a pet. Though quite large and fearsome-looking, these roaches are easygoing and wingless.

Beetles are among the largest of all insect families, spanning over 300,000 individual species. In Asia, some beetles have become quite popular pet insects. Scarab beetles are prized for their iridescent shells and striking markings. Hercules and stag beetles are also desirable thanks to their huge "horns."

Considerations for making an insect a pet

If keeping pet bugs appeals to you, here are some things to consider:

Pet bugs are not like puppies and kittens. While some can be handled safely, others cannot. Your cool pet bug may have been bred in captivity, but that doesn't mean it is fully domesticated. It will still act on instinct — a fact of life for which you need to be prepared. For example, a pet tarantula might bite if handled too roughly. It’s also important to wash your hands after handling insects due to the bacteria they can carry.

If you live in a rental property, your landlord likely has the final say on what you can (and can’t) keep as a pet. Also, know the legal limitations that state and local governments have placed on certain exotic pets, especially those that have been imported from a foreign country. New York City, for example, prohibits the practice of apiculture within city limits. That means no pet bees.