The Asian longhorned beetle is an exotic pest that has threatened a wide variety of hardwood trees in North America. It originated in China and Korea, most likely hitching a ride inside solid wood packing material from China to the United States. The Asian longhorned beetle was first detected in Brooklyn, New York, in 1996 and has since spread to a variety of states, including New Jersey, Ohio and Massachusetts. 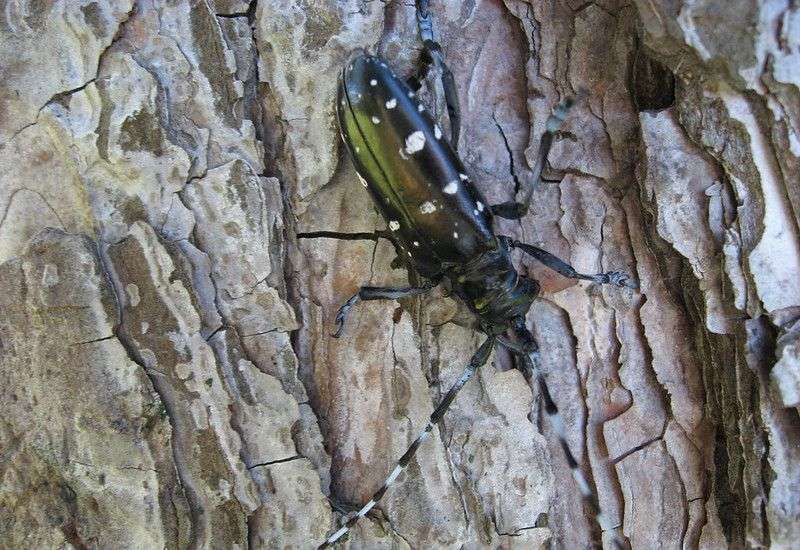 The United States Department of Agriculture has been trying to put a stop to the spread of Asian longhorned beetles in the U.S. due to the extreme damage they cause. To help with these efforts, it is important to know how to identify the Asian longhorned beetle, so you can report it. Things to look out for, include:

Adult beetles are the most visible during the summer and early fall when the weather is warm. You can see them on trees or migrating a short distance to find a host between the months of July and August. Females will lay one brood a year, consisting of up to 160 eggs. They will chew round pits in the bark of trees to lay their eggs. The eggs will hatch in about 10–15 days. Once the eggs hatch, larvae will excavate and tunnel under the bark to feed on living tissue through the fall and winter. The young will emerge in the spring through round exit holes, leaving behind noticeable damage.

Help Keep Them Away

This species of beetle requires special treatment and should be left to the professionals. In many cases, areas found with this invasive beetle must be quarantined to prevent the spread of this species. If you suspect you have a serious wood-boring or Asian longhorned beetle problem, it’s time to call an arborist (a tree specialist).