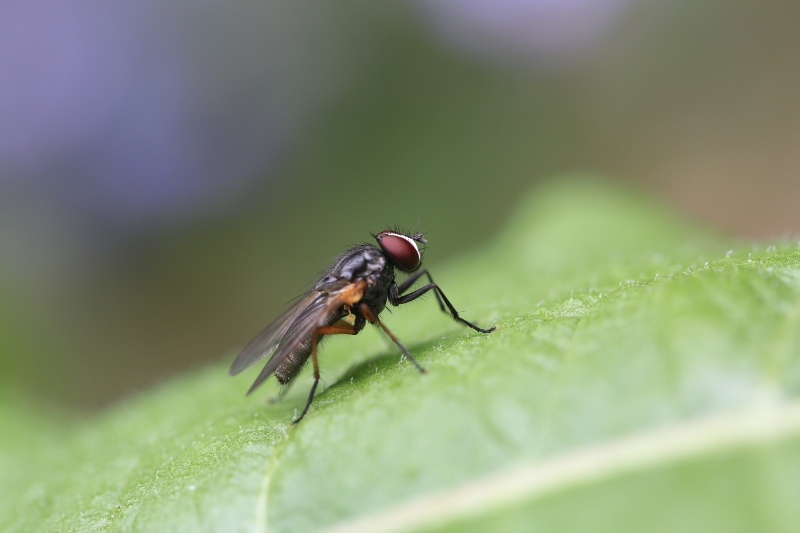 All of these insects fly and develop in aquatic environments. Dobsonflies are one of the largest aquatic insect species, an Iowa State University study reports, and they appear fairly menacing—but are they dangerous?

Dobsonfly danger to other species

Dobsonfly larvae, commonly called hellgrammites, are predaceous and will eat anything they can in their aquatic habitat including small fish and insects. These larvae typically live in the swiftest parts of rivers and hide under rocks. This gives them an advantage to snatch their prey as it swims by. Specific prey sources may include tadpoles, dragonfly naiads, and stonefly naiads. The larvae’s rock “hiding spot” proves advantageous for steering clear of their predators as well—plenty of fish, particularly bass, consider the dobsonfly larvae food.

A key way to spot an adult dobsonfly is by their sharp mandibles, or “pincers.” And while male dobsonflies have larger mandibles (up to an inch in length), they’re truly more bark than bite—the females’ short, pointy pincers are what can actually bite if handled. Neither is known to be venomous , but the bite may be irritating. The dobsonflies use their pincers as a defense mechanism against any animal that bothers them however, their true purpose is for mating. If they feel attacked or are handled, both sexes will spread their jaws defensively.

How likely are you to encounter a dobsonfly?

Dobsonfiles are in the larval state longer than they are in any other stage. This stage usually lasts two-three years depending on the species. Dobsonfly larvae, or “hellgrammites,” as previously mentioned, typically reside under rocks on the bottom of lakes and rivers, where humans are unlikely to come in contact with them.

Fish tend to prey on hellgrammites, so you may have seen their three-inch, dull-colored bodies as the inspiration for some fish bait. The adult dobsonfly only lives, on average, one week long, as adult dobsonflies don’t eat. Dobsonflies are most active from late spring through midsummer.

Next > What is the Strongest Insect?