Were you fascinated by bugs as a child? Are you still fascinated as an adult? Then this article is definitely for you!

Were you fascinated by bugs as a child? Are you still fascinated as an adult? Have you watched ants working to transport food items back to the colony and/or observed butterflies or moths extend their long proboscis to drink nectar? Alternatively, do you avoid bugs at all costs because of a bad experience (perhaps fire ant stings)? 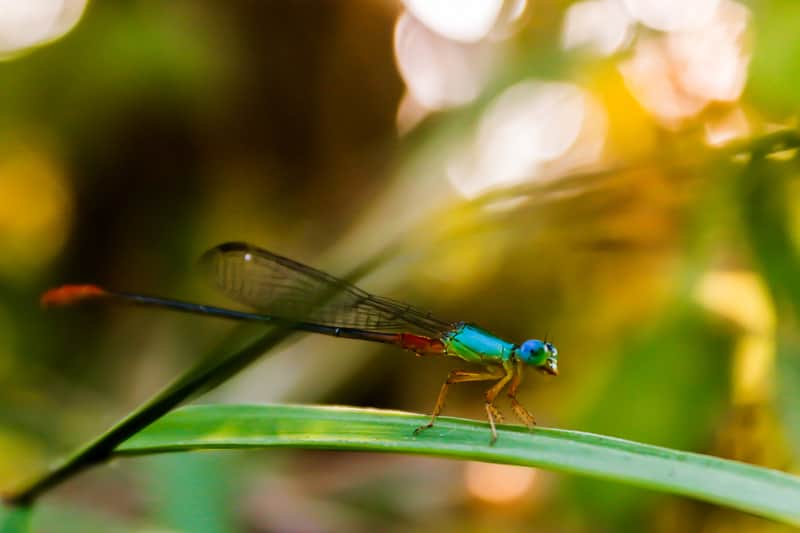 Regardless of your background or interests, there is an entire world made up of billions of insects and they are all around us. Humans are outnumbered! Scientists estimate 7-30 million species of organisms (including discovered and undiscovered) living on Earth. There are only about 2 million species of organisms on Earth that have been named and 97% of all organisms on Earth are invertebrates (insects make up most of this list). In the United States, most insect species are included in four groups: 1) beetles, 2) flies, 3) ants/bees/wasps, and 4) moths/butterflies.

Did you know that…?

A cat flea has been documented as jumping the length of 48 cm (Cadiergues and Franc 2000)…that is more than 150 times their own length. Rabbit fleas have a takeoff velocity of 1 meter per second (Bennet-Clark and Lucey 1967)

Mosquitoes are the most deadly insect on Earth, killing more 800,000 humans and sickening millions of people each year (e.g., malaria, dengue, West Nile, Zika). Only female mosquitoes drink blood (the protein is used to develop eggs).

The design (series of bumps and folds) of soft tissue in the neck of a field ant helps it carry heavy loads (in some cases, the neck joint can withstand 5,000 times its weight and this may vary, depending on the type of object being carried)(Nguyen et al. 2014).

The silk of a giant riverine orb spider is ten times stronger than Kevlar (Kevlar is used in bulletproof vests) (Agnarsson et al. 2010).

Without great pollinators like bees, people of the world would not have enough fruits and vegetables to eat. A study showed that quality/weight, seed production, and other qualities increase when pollinators are present (Klein et al. 2007). Hence, it is important to conserve pollinator habitats to protect our food supply.

Some insects use chemical camouflage to “hide in plain sight” from predators (e.g., silverfish living with army ants). Other insects have adapted ways to blend in to the environment, evolving color patterns (e.g., stick insects that resemble sticks, moths that look like leaves) and/or using aspects of the environment (e.g., case making moths) to “decorate” themselves in order to remain hidden.

Some architects have studied termite mounds and bee hives to gain insight into structural and design elements incorporated into buildings for humans (e.g., high rises and apartment complexes). Fire flies can produce their own light and light patterns are used as a signal for mating.

Dragonflies are amazing predators, with up to 97% success at capturing prey. They are known for their appetite for mosquito larvae (aquatic phase) and adults (terrestrial phase), hence are beneficial to public health.

Bombardier beetles have a dangerous defense mechanism when they feel threatened. These beetles mix catalytic enzymes with benzoquinones and other compounds and emit them from their abdomens at high temperatures (100°C) that can cause burning and aching pain in humans for hours (Aneshansley et al. 1969).

Amateur and professional entomologists study arthropods (insects and arachnids) as they are an integral part of the ecosystem in which we live. They have successfully existed on Earth for millions of years, adapting to environmental and other challenges along the way. Entomologists conduct surveillance and use a variety of tactics to manage and control pests using an integrated pest management approach. While it is important to defend our homes from pests (e.g., cockroaches, ants, flies, spiders, termites) and protect our health from blood feeding arthropods (e.g., mosquitoes, ticks) and other pests that may harbor pathogens, we also marvel at arthropods’ abilities.

Bennet-Clark HC and ECA Lucey (1967) The jump of the flea: a study of the energetics and a model of the mechanism. Journal of Experimental Biology 47: 59 -76.

Nguyen V, Lilly B, and C Castro (2014) The exoskeletal structure and tensile loading behavior of an ant neck joint. Journal of Biomechanics 47:497-504.