The Aerodynamics of Mosquito Flight 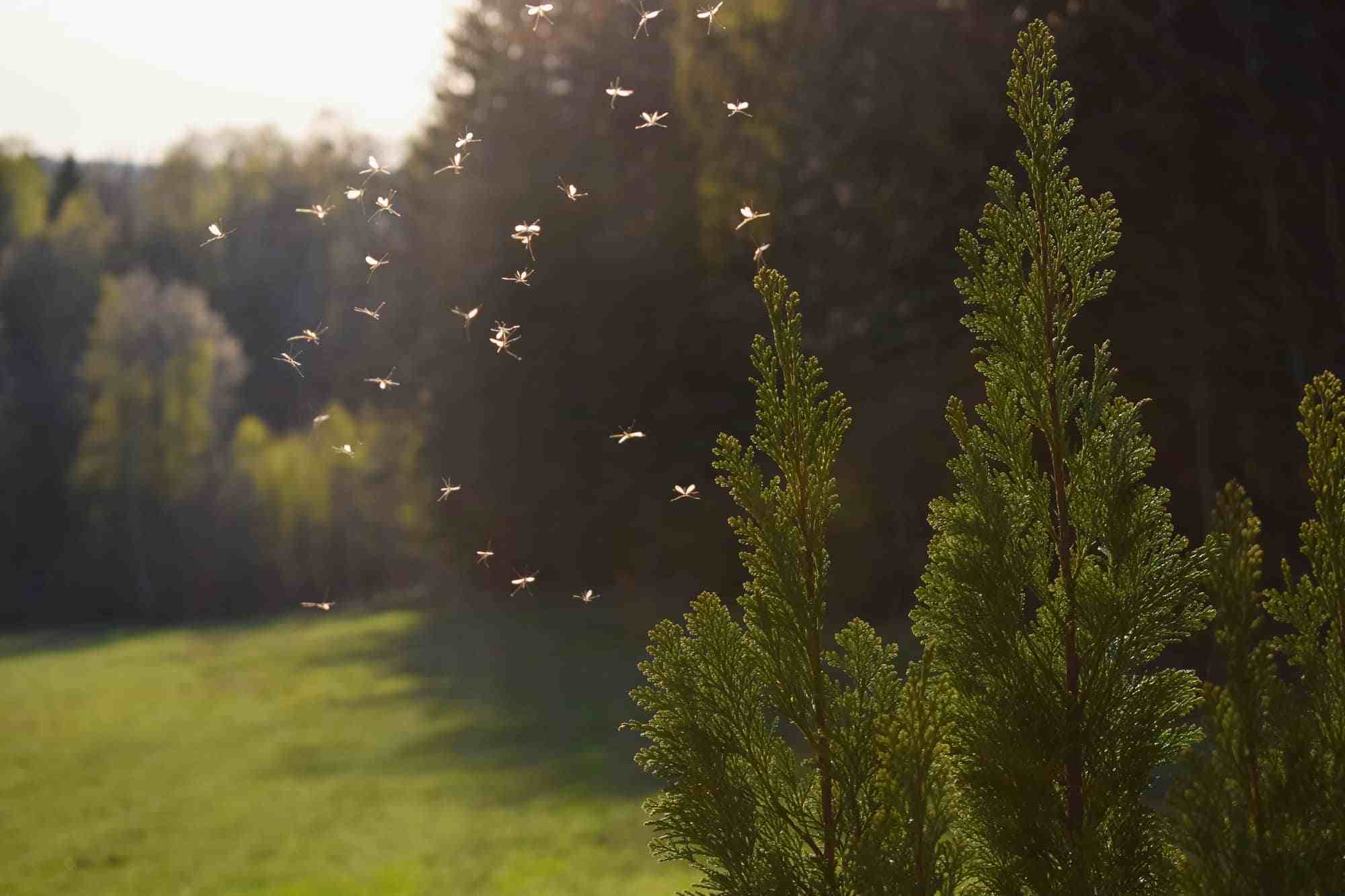 The familiar high-pitched humming sound of a female mosquito flying near your ear can bring apprehension, as she may soon inject a bit of her saliva into you during her next blood meal, leaving an itchy welt. Did you know that different species of mosquitoes have different wing beat frequencies? 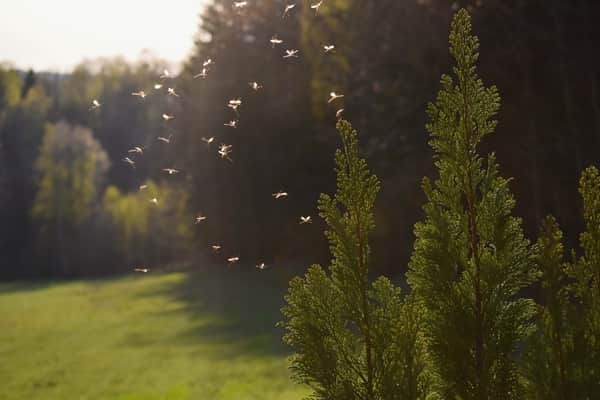 What can be learned from mosquito wing beat frequencies?

Mosquitoes are classified in the order Diptera and have two wings. Male mosquitoes use their antennae and sensory cells located in the Johnston’s organ (the mosquito ear) at the base of the antennae to detect sounds produced by female wing beats. The wing beat frequency of Aedes aegypti (the primary vector of chikungunya virus, dengue virus and Zika virus) is 350–664 Hz. Others have shown that temperature and body size may influence wing beat frequencies in other insects (e.g., fruit flies, house flies) and more work should be done to evaluate the potential effects of environmental and biological factors on mosquito wing beat frequencies.

A recent study demonstrated that wing beat frequency in Ae. aegypti increases by 8–13 Hz for every degree of increase in temperature (Villarreal et al. 2017). Others have shown that, during courtship and mating, male and female Ae. aegypti harmonize their wing beat frequencies (as in a musical duet) to approximately 1200 Hz (Cator et al. 2009).

Some scientists are using current knowledge of wing beat frequencies to improve the efficacy of mosquito traps. For instance, since different mosquito species exhibit different wing beat frequencies, this may be exploited in order to recognize different species. There are now traps emerging on the market that are capable of both counting and identifying mosquitoes, hence potentially reducing the manpower needed for this aspect of mosquito surveillance.

Can mosquitoes fly in the rain and wind?

The low mass of a mosquito enables it to withstand the force of raindrops, hence mosquitoes can survive when flying during rainfall events. Of course, the intensity of rain events may impact this survival rate. A study using high speed videography evaluated the ability of Anopheles mosquitoes to fly in the rain, using simulated raindrops 3–5 mm in diameter (Dickerson et al. 2012). The height of mosquito flight makes a difference, as if a mosquito is flying low, it may not have time to recover from a rain drop impact before it hits a puddle on the ground (from which it could not recover). If a rain drop hits the mosquito’s center of mass (rather than a wing or leg), the mosquito might need a greater amount of altitude to recover. In the same study, mosquitoes were observed rolling and recovering from raindrop impacts.

Most mosquitoes are not strong fliers in windy conditions, hence they may take refuge during these periods. In wooded areas protected from wind, these types of conditions have a decreased impact on flight behavior. Female mosquitoes can locate potential blood meal hosts (by sensing carbon dioxide, heat, host scents) when the air is moving; however, host-seeking is more efficient (more rapid) during periods of still air. Similarly, mosquito trapping of host-seeking and other mosquitoes may be less efficient during periods of windy conditions.

Next > How to Tell if You're Allergic to Mosquito Bites