Get the Kids Pumped About Halloween With DIY Bug Slime

Get in the Halloween spirit by learning how to make bug slime with the kids. We have the steps you need to take. 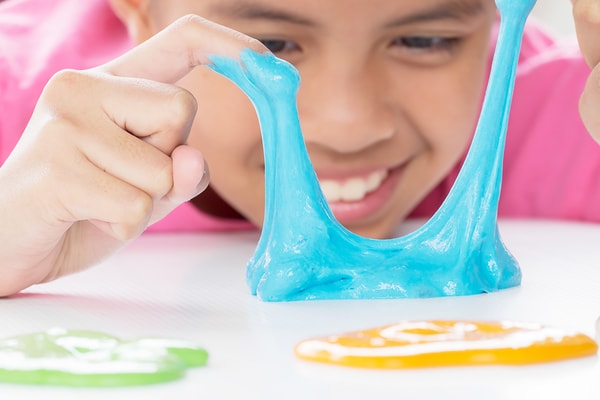 Halloween is just around the corner and the kids are getting amped up about their costumes and how much candy they’ll get. Meanwhile, you need a festive way to keep them entertained and in the Halloween spirit until October 31st. What better way to do just that than to get a little gross and make some bug slime?

Bug slime is super easy to make at home. As a bonus, the recipes are so simple that the kiddos can actually play a part in creating the slime.

Ready to learn how to make bug slime? Then let’s get this creepy Halloween fun started!

As this recipe uses liquid starch and glue, it’s best for older kids who aren’t prone to sticking everything in their mouths. Younger children may be tempted to taste the bug slime and the laundry starch could make them very ill. Naturally, we don’t want that to happen.

Now that you have all your supplies ready, it’s time to learn how to make bug slime.

Let your bug slime sit for about 10 minutes and then it’ll be ready to go. This slime will stay good for about a week if you store it in a loosely covered container. Just make sure it’s out of reach of any young children and pets.

There you have it! Your very own homemade bug slime. But don’t let the insect-themed fun stop there. We’ve also got some great recipes for bug-inspired snacks that the kids can munch on while getting ready for trick-or-treating or watching their favorite Halloween television specials.