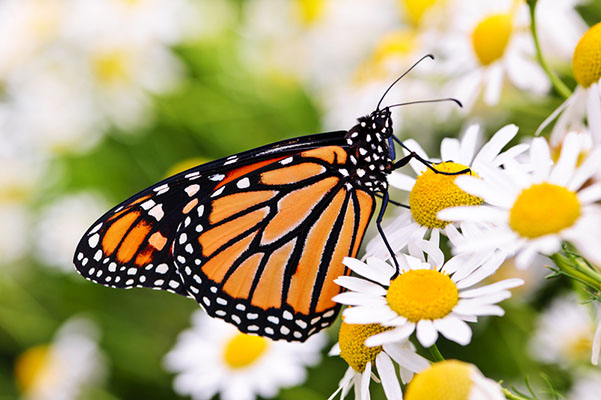 Every year, monarch butterflies embark on an incredible 2,500-mile journey. While the distance may seem long, the migration is necessary to their survival. Unlike other butterflies, monarchs are unable to survive the cold winters of Northern climates. This difficult circumstance encourages the feather-light creatures to take a flight that is inspiring to witness and fascinating for scientists to explore. But is the flight of the monarch in danger?

Monarch butterflies undergo four distinct stages of development. This includes an egg, larval, pupal and adult phase. It is during these stages that the monarch caterpillar transforms into a butterfly. Caterpillars are referred to as larvae by most entomologists.

Larvae undergo several molts before shedding their last skin and spinning a silk cocoon, which they will use to mature in during the pupal stage. In this stage, the monarch caterpillar has already begun to develop cells that will soon become wings, in addition to other adult organs. This butterfly cycle takes about three to six weeks before a mature adult emerges. 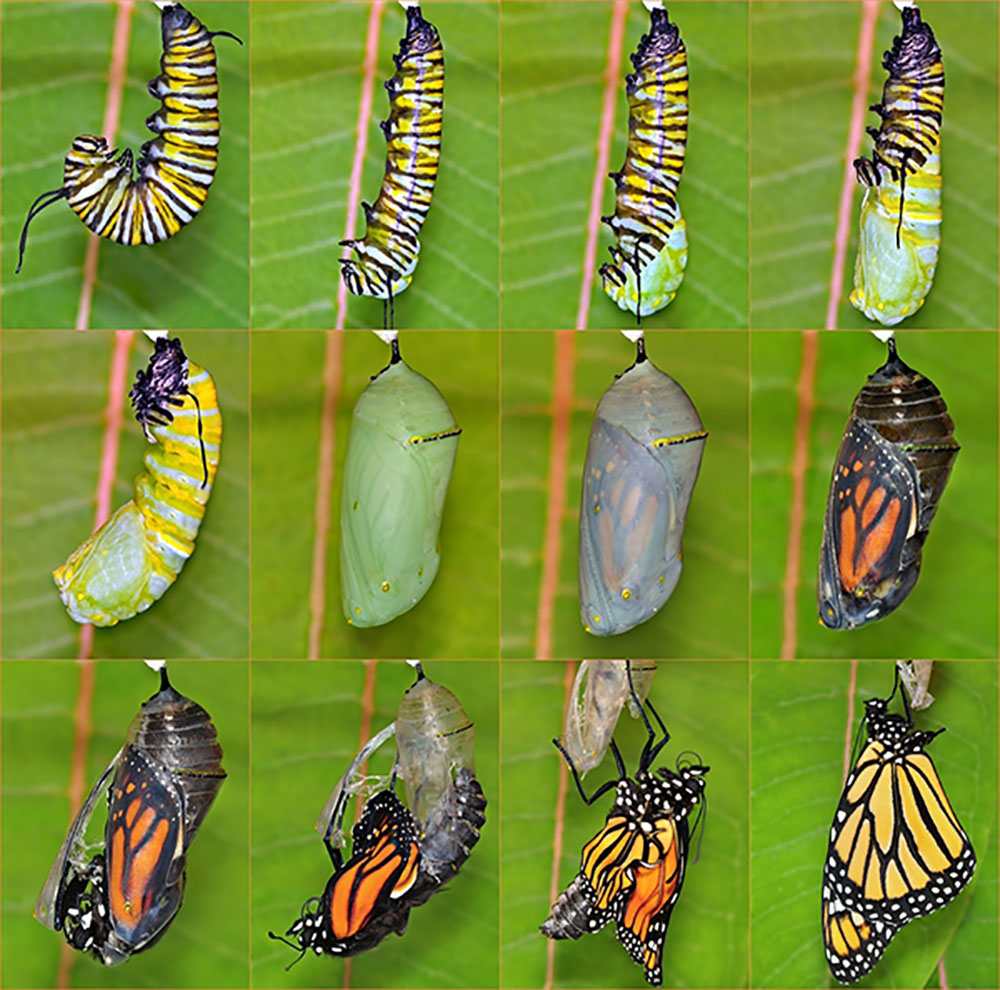 Where do monarch butterflies live?

How do they migrate? It takes monarch butterflies four generations to travel from Eastern North America; south to the Sierra Madre Mountain region of Mexico or from Western North America; south to the mountainous regions of California. Each generation undergoes the same butterfly cycle, transitioning from egg to adult. The first three generations of monarchs move from south to north, sometimes spreading slightly east and west in search of food. The last generation makes the long journey back south, to start the cycle again. 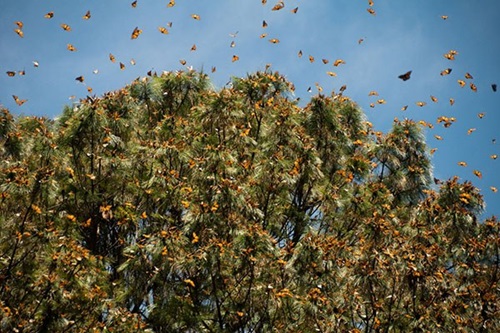 What do butterflies eat along the way?

Female butterflies search for milkweed plants to lay their eggs. Monarch caterpillars, or larvae, feed heartily on this before they become pupae.

These feeding habits and other natural barriers help to explain why monarch butterflies travel along similar routes every year. However, research is still underway as to how the monarchs are able to locate the same forested mountains. The locations are so predictable, long-term butterfly sanctuaries have been established in these areas.

One explanation for this precise navigation is that monarch butterflies rely on daylight – and their own circadian rhythms – to develop a natural compass that is based on the changing positions of the sun. According to scientists, this internal compass is bidirectional, which allows the butterflies to accurately navigate both north and south. While this may sound complicated, it’s not too different from the way humans interact with the sun.

For example, there’s no coincidence that your internal clock runs on an approximate 24-hour cycle and that the sun is approximately in the same spot in the sky every 24 hours or so. The human body is ‟in tune” with the sun, so much so, that we use it to regulate when we go to sleep and when we wake up (i.e., our circadian rhythm). Even before the invention of clocks and watches, humans used sun dials – which rely on shadows cast by the sun over a marked, circular plate – to mark the passage of time. Some believe that the Vikings even used sun dials to help them navigate the seas – much like the monarch does in the skies – which would explain their long-distance travels.

In addition to using the same type of sun-based compass that humans use, monarch butterflies also utilize an internal compass that relies on magnetism. Similar to the handheld compasses hikers use, the intensity, polarity and inclination angle of Earth’s magnetic field all help the monarch butterfly reach its final destination. Additional factors that play into the sophisticated monarch migration ‟GPS” system include prevailing winds and changes in atmospheric pressure.

From 2015 to 2016, the number of monarch butterflies making the great migration increased by 225 percent. This is a good sign. Over the last two decades, migration numbers have been falling, causing some to worry that the monarch butterfly might be facing extinction.

However, scientists believe that it is not the monarch butterfly that is endangered, but rather, its migratory behavior. To gain a better understanding of this behavior in butterflies and other animals that migrate, researchers are using genome sequencing. A genetic data base of the monarch will help researchers develop a stronger model for studying their behavior.

It has already been determined that migration plays an important role in the health of the monarch. According to one study, long-distance migration lowers the prevalence of parasites, removing infected animals from wild populations and thus creating healthier populations.

Some conservationists fear that a dwindling food supply and fluctuating climate also have an impact on the monarch population. The U.S. Fish & Wildlife Service has created multiple programs to help stop this population decline. You can learn more about these programs on their website.