Like Big Bugs? Learn About the Largest Insects in the United States

The United States is no stranger to bugs. In fact, thanks in part to its size and the amazing variations in landscapes, there are more than 100,000 species of insects in the U.S. Among those are many interesting ones, some of which might wow you with their sizes. 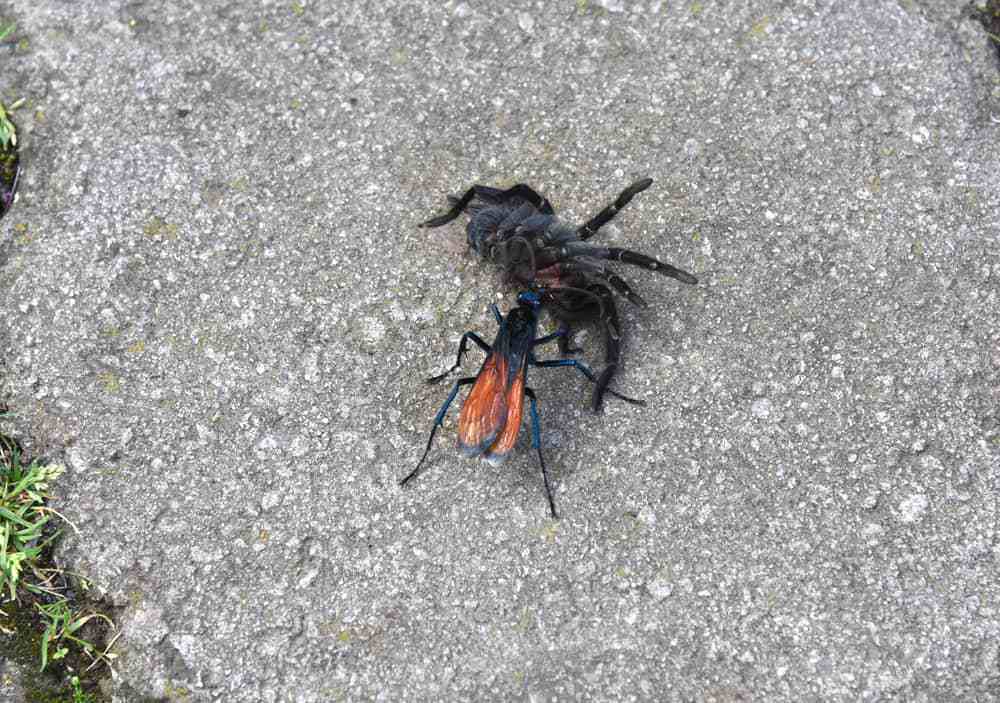 Note: Not all of the pests mentioned below are actually “bugs,” but are rather “insects.”

Take a look at a few of the largest insects in the U.S.

No, this isn’t some frightening hybrid of a hairy spider and a predatory bird. Tarantula hawks are actually large wasps. In the U.S., you’re most likely to find tarantula hawks in the desert areas of southwestern states. The most common species — Pepsis thisbe — can measure in at two inches in length at maturity.

Interestingly, the adults don’t eat tarantulas. Rather, the female paralyzes a tarantula with her sting. Afterward, she lays her egg in the tarantula’s abdomen. Once the egg hatches, they feed on the spider for weeks.

Giant salmon flies — or Pteronarcys californicas — are one of the largest insects belonging to the stonefly species. These big bugs can grow to be almost three inches in length.

Within the U.S., giant salmon flies can be found throughout the western states, such as Colorado, Oregon, California and Montana.

As their name might suggest, they tend to make their homes near streams and rivers. In fact, the hatching of salmon fly nymphs is known as an exciting season for fly fishermen in many states, as it’s thought to be a good time to catch large trout and other fish.

One of the largest insects you’ll find the U.S. is the giant water bug. These pests live in lakes and ponds throughout the U.S. and can grow to be four inches long.

Giant water bugs are also called toe-biters because they’ve been known to occasionally chomp down on the toes of wading humans. However, they aren’t actually biting – they’re injecting venom through their legs.

Ready to learn about more interesting insects? Check out these facts on monarch migration and then see what benefits dung beetles might hold for organic farmers. Or you can visit the “Bug Facts” section on the blog.