True or False Quiz: Can you bust these Myths about Bugs?

You don’t have to be an entomologist (insect expert) to know the truth about bugs. Helping protect your home from an infestation can mean being able to tell superstition from science. Sometimes a cautionary tale about pests is worth heeding, but in many cases, conventional insect wisdom isn't supported by science. 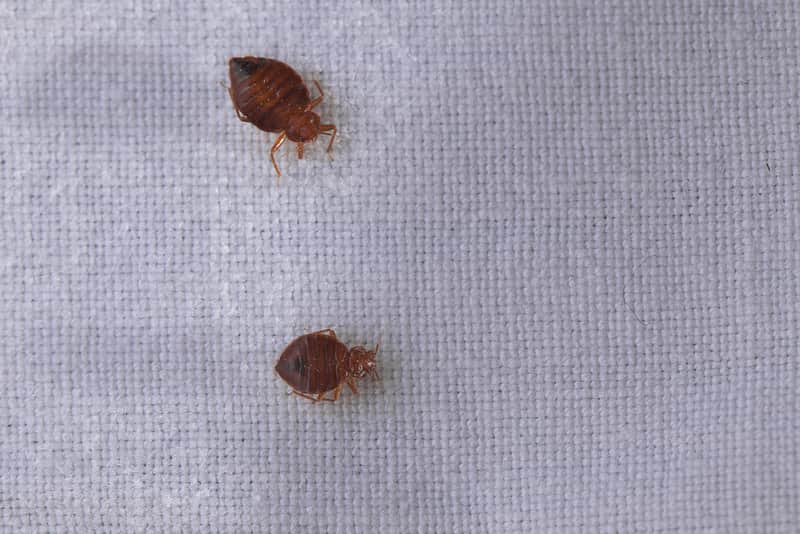 How much of a bug myth buster are you? Test your knowledge with this true or false quiz about insects.

Answer: False - While bed bugs prefer to stay inside and close to the warm bodies they feed on, they can survive outdoors when the temperatures stay above freezing and there’s a source for blood meals.

2. Termites are closely related to ants.

Answer: False - Both termites and ants are complex social organisms that live in large colonies. Both are also capable of building large mounds. And certain species of ants are drawn to nesting in wooden structures, just like termites. Termites are even popularly called “white ants” due to their superficial resemblance to those insects.

Answer: False - Although some beetles can’t fly, most members of the beetle family, Coleoptera, are equipped with wings at the adult stages of their lives. Some beetles have evolved in such a way that those wings form more of a shell called the elytra, which is not used for flight, but protects the inner wing that is used for flying. However, in many species of beetles, the elytra mainly serves the purpose of keeping another pair of wings, the alae, under cover.

4. Ultrasonic pest repellers can help rid your home of all insects.

Answer: False - According to the International Association of Certified Home Inspectors (InterNACHI), “studies designed to investigate the efficacy of ultrasonic pest repellents have shown mixed results. One extensive test performed by Kansas State University in 2002 found that the devices were effective at repelling some insects, such as crickets, but the same devices had little effect on cockroaches. Ants and spiders were unaffected by any of the devices.” Most pests actually end up acclimating to the ultrasonic pest repellents.

5. The daddy long-legs is among the most venomous of all spiders.

Secondly, the explanation often given for why so few people perish from a poisonous bite of the daddy long-legs is that its fangs are too short to penetrate human skin. However, the truth is simply that daddy long-legs are not dangerous because their bite is not actually poisonous.

6. Bed bug infestations are a result of unsanitary conditions.

Answer: False - This is one of the most prevalent of all bed bug myths. Bed bugs do like clutter, since it provides more opportunities to hide while they are not feeding. But bed bugs are simply opportunists. If they detect the presence of a food source — a warm-blooded, sleeping body — they will mobilize. Even professionally cleaned spaces can be host to bed bugs if the proper precautions are not taken.

7. A bee’s stinger can continue to inject venom even after it has been separated from the insect itself.

Answer: True - One of the first rules of bee sting first aid is “scrape, don’t squeeze.” Before you can begin treating the sting, you need to remove the embedded stinger itself. Tweezers are not recommended, and applying pressure to the stinger can rupture the venom sacs it contains, further inflaming the affected area. After you have safely scraped away the stinger with a credit card (or something similar) be sure to follow these precautions in order to alleviate the pain and swelling that comes with a bee sting.